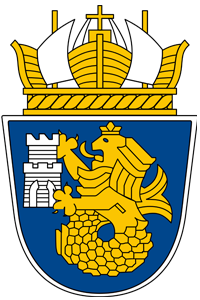 'Burgasbus' EOOD is signed in the commercial register of the Burgas District with Court Decision №8412/18.11.91 under company case №7384/'91 and activity: road transport in domestic and international traffic and related activities. At the time of registration, the main capital share amount is 15,056 thousand lev and is owned by the state. With Order №67 from 07.18.1997 the Council of Ministers the ownership capital of the company is transferred free of charge to the Municipality of Burgas. The decision for the change of ownership was signed into the commercial register on 09.01.1997.

The Company has license № 00298 for passenger transportations since 05.05.2010 and it is valid until 05.04.2015, with the right to perform transport of passengers on the territory of the Republic of Bulgaria.

The Company has implemented and functioning system of quality management in the internationally standard ISO 9001:2008. In addition, the company is certified according to the requirements standards of labor safety OHSAS 18001:2007.

The main company activity - passenger bus transport in three main areas: in the city, between cities and specialized. Daily are carried over 1400 courses, from those only in the city area are executed 1100 course. For all these daily courses are transported approximately 60 thousand passengers. Specialized transport is carried out on the basis of contracts with the clients.

In the tourist season, the company carries out and tours upon request to any part of our country.

Special attention is paid to people with disabilities and handicaps. For this purpose, the buses are equipped with low floors and steps for embarking and disembarking of the passengers. In the structure of the company operates a separate unit for transport service of handicapped citizens, part of which activity is financed by the Municipality of Burgas.

The activity is divided into 2 categories - urban and long distance transport, and a unit for the transportation of handicapped citizens. The transport process is organized and managed by the Central dispatched center, Transport House, Bus Stations 'West' and 'South' in Burgas, bus station in Sunny Beach and bus station in Malko Tarnovo. On the territory of Burgas is a pavilion network for issuing passes to travel. Their position is consistent with the density of the passenger.

The additional activity is organized into two service workshops - service station in the Central Bus Depot and service in the Trolleybus Depot. The company has its own gas station, steam methane plant and garage area of over 90 acres in the industrial area of Burgas.

In 2013 within the project 'Integrated urban transport', executed by the Municipality of Burgas is carried out full replacement of the bus fleet in the city with 67 new air-conditioned buses, brand SOLARIS - 28 articulated diesel (Euro 5) and 39 solo methane buses. Since 02.19.2013, they serve the urban transport scheme, together with 10 methane buses TEDOM.

In 2014 were delivered the first 16 of the 22 agreed new trolleys, brand SKODA, with which by the end of the year will be replaced the entire trolleys of the company. Since01.07.2014 the trolley lines are served only by new trolleys.